Panda Eyes Are Not Only Caused by Sleep Deprivation 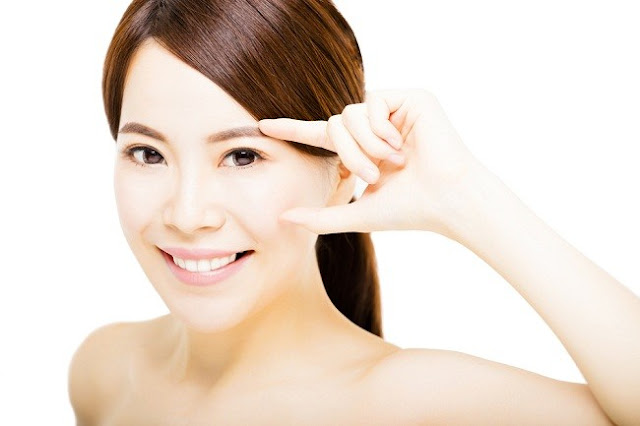 Panda eyes or dark circles under the eyes are often identified with lack of sleep. However, lack of sleep is not the only cause of panda eyes. People who are dehydrated, aging, or suffering from certain diseases can also have panda eyes. Panda eyes can be experienced by men, women, and at any age including children. Characteristics, the eye bags are darker than facial skin color. Its presence gives the impression of being older than actual age.

The eyes of a panda that may be felt disturbing in terms of appearance by most womenfolk, is generally caused by:

When sleep deprived, blood does not flow properly. As a result, blood collected under the eyes can be seen, because the skin in this area is very thin. In addition to panda eyes, lack of sleep also makes the eyes look swollen. Because lack of sleep can cause the body to become tired, then the appearance of the face can become dull and panda eyes appear. As we get older, the skin becomes thinner. Slowly, the skin also begins to lose its elasticity. When this situation occurs, the blood vessels under the eyes are increasingly visible, causing panda eyes. Staring at a television screen, computer, or cellphone for a long time can cause eye strain. This tension makes the blood vessels around the eyes enlarge. As a result, the skin around the eyes becomes dark. Panda eyes can also be passed down in families. In addition, people who have darker skin are also more at risk of developing panda eyes. Dehydration can also be a cause of panda eyes. When the body lacks water, the skin under the eyes will look sunken and glazed. Bad lifestyle, such as smoking and consuming alcohol, can also cause panda eyes because of the accumulation of fluids in the body. The effect of consuming alcohol and smoking over time can make blood flow on the skin of the face become not smooth so that the eye circles look darker like the eyes of a panda. Exposure to sunlight can trigger the body to produce more melanin or skin-darkening pigments. Exposure to sunlight on the eyes can cause pigmentation in the skin around the eyes, so the color becomes darker. Allergic reactions and dry eyes can trigger dark circles. When experiencing allergies, the body will release histamine in response to allergy triggers. Histamine can cause blood vessels to dilate and become more visible, including those under the eyes.

How to Overcome Panda Eyes

There are several ways you can do to deal with panda eyes. The following explanation:

One way to get rid of panda eyes is to give a cold compress to the eye. The trick, wrap ice cubes in a clean cloth, then close your eyes and put the cold compress on the eyes. This cold compress can temporarily reduce the widening and discoloration of blood vessels under the eyes. Each individual's sleep time is different, but the average adult needs seven to nine hours to rest each night. But you also should not sleep too much, because this can cause panda eyes. In addition to meeting water needs, avoid smoking, caffeine, and alcoholic drinks, because all three can trigger dehydration which makes the area under the eyes dark. To deal with panda eyes, you can use creams that contain retinol, as well as vitamins C and E, to help brighten the black color under the eyes. Applying concealer thinly under the eyes can disguise the eyes of the panda. Choose a concealer that matches your skin tone. To protect the eyes from the hot sun, use sunglasses when outdoors activities during the day. If you experience an allergic reaction or feel itchy eyes, avoid rubbing it. Avoid things that can trigger allergic symptoms and visit a doctor to get the right treatment.

If the panda's eyes do not fade or actually worsen after the above treatment, you should consult a doctor. The doctor can prescribe special creams or recommend additional treatments, such as skin peels or laser therapy to treat panda eyes.